The score at the end of both games doesn’t really give a true indication of the contested footy that our your lads executed against their opponents nor does it give a true indication of the raw talent we witnessed. Firstly lets just compare some differences between the 2 regions that were competing out on the field in these 2 games that the Redtails/Pinktails Right Tracks Program hosted.
We were informed that the Goldfields Development Squad gets selected from 126 different teams in the Goldfield Region, all of which have their own Clubs and facilities to train at. RPRTP make their selection from the 5 Clubs in the CAFL and whatever Community Players that can get into trainings, which normally occur 4-6 weeks prior to an organised game on whatever facilities are available to us, which is normally something like the softball field, rarely a proper football oval. These are not excuses that are being made here just a comparison of what resources each different represented side has. Another difference is that the RPRTP is generally run by Volunteers for the Coaching staff and officials.

From the 1st game to the 2nd game there were 11 different changes for the Redtails players that were available. As you can imagine that is quite a lot of changes to make adjustments with in player positioning and structured roles from one game to the next. That alone would be a big job for any coach to deal with let alone having to make those adjustments minutes before the game is to begin.
So to see these Redtails Lads come together like they did in both games and execute a high standard of competitive football that made the opposition work hard for the ball, possessions and their wins, shows testament to the nature of the program which is all about giving our Youth an opportunity to be apart of a representative Club that gives them the opportunity to display their skills and creates an environment where they can challenge and develop themselves at a higher level and against other teams that will put them to the test at their level of development. It was also very promising to see the positive nature of how the Redtails players didn’t hang their heads when they were being beaten but rather continued to play out the game and back each other up with positive and encouraging actions and words. These young men were exciting to watch and proudly represented our Region and the RPRTP. 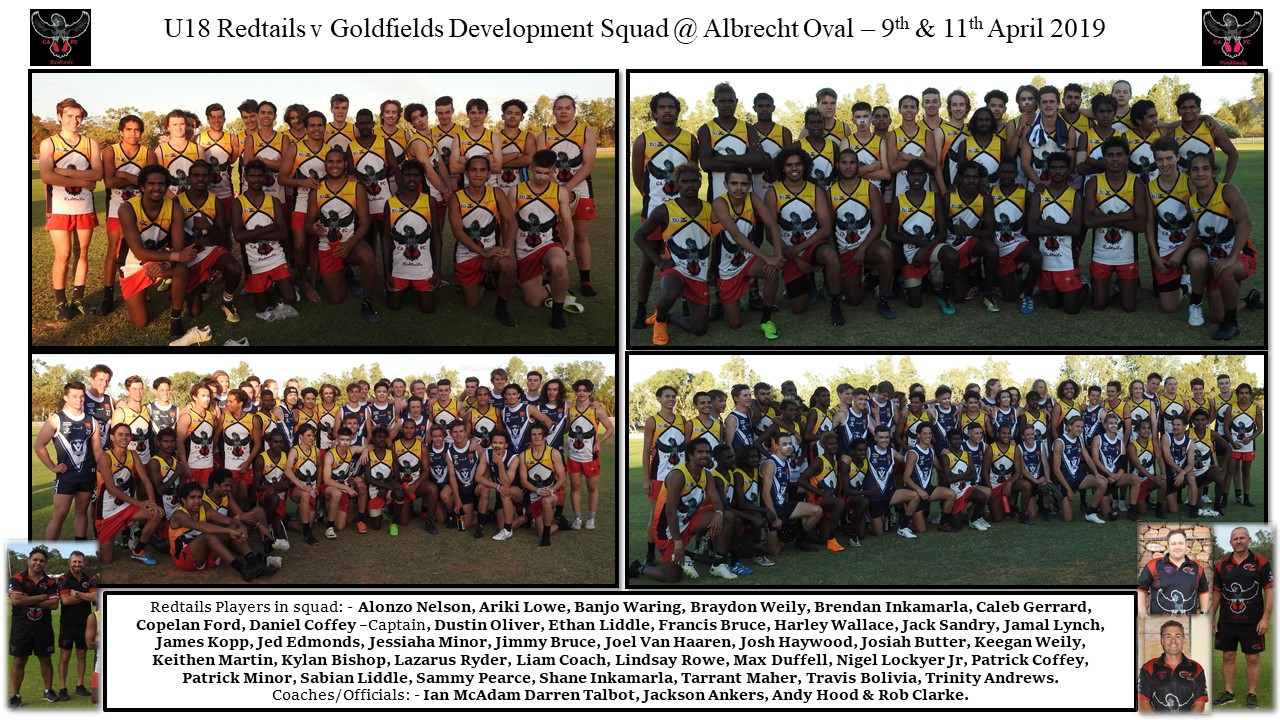