The Country Redtails versed the Correctional All Stars at the Alice Springs Correctional Centre on the 30th January 2018.

On this day January 31st 2018, the Country Redtails took part in the inaugural Charlie Kings “NO MORE” campaign game against the gallant Correctional All Stars. The day symbolized the importance of why Domestic Violence should not be a part of our everyday lives and the impact it leaves on an individual person and families.

The event commenced with normal prison routines such as a 20 min lockdown just minutes before the game, resulting in some players not being allowed through front entry until the all clear was given. 10 minutes before starting we were still 3 players short, which gave the President of the Centralian Australian Football Club (Redtails/Pinktails), Rob Clarke his first taste of wearing the Guernsey.

The game its self was played in true spirit by both teams with the All-stars firing on all cylinders in the first half of impressive football which had the Country fellas trailing at the break by 4 goals. I believe if a team of champions had to be picked on this day you wouldn’t go wrong with the Country Redtails selection criteria.

Second half of footy was nothing but short of quality entertainment with the high fly marks, 70 metre torpedo punts through the goals and blistering pace out of very congested packs that would make any coach drool from the mouth.

As the siren blew for the final time the score was a 2 point deficit in favour of the All-stars who turned on a blistering performance of footy showmanship. For the Country Redtails it was another opportunity to show case their enormous interest and dedication that they have for the Redtails/Pinktails Right Tracks Program pathway that allows everyone a space to grow and develop into healthy participants with a wealth of leadership for them to harvest down for the next generation.

Best on Ground for Country Redtails was Caleb Hart 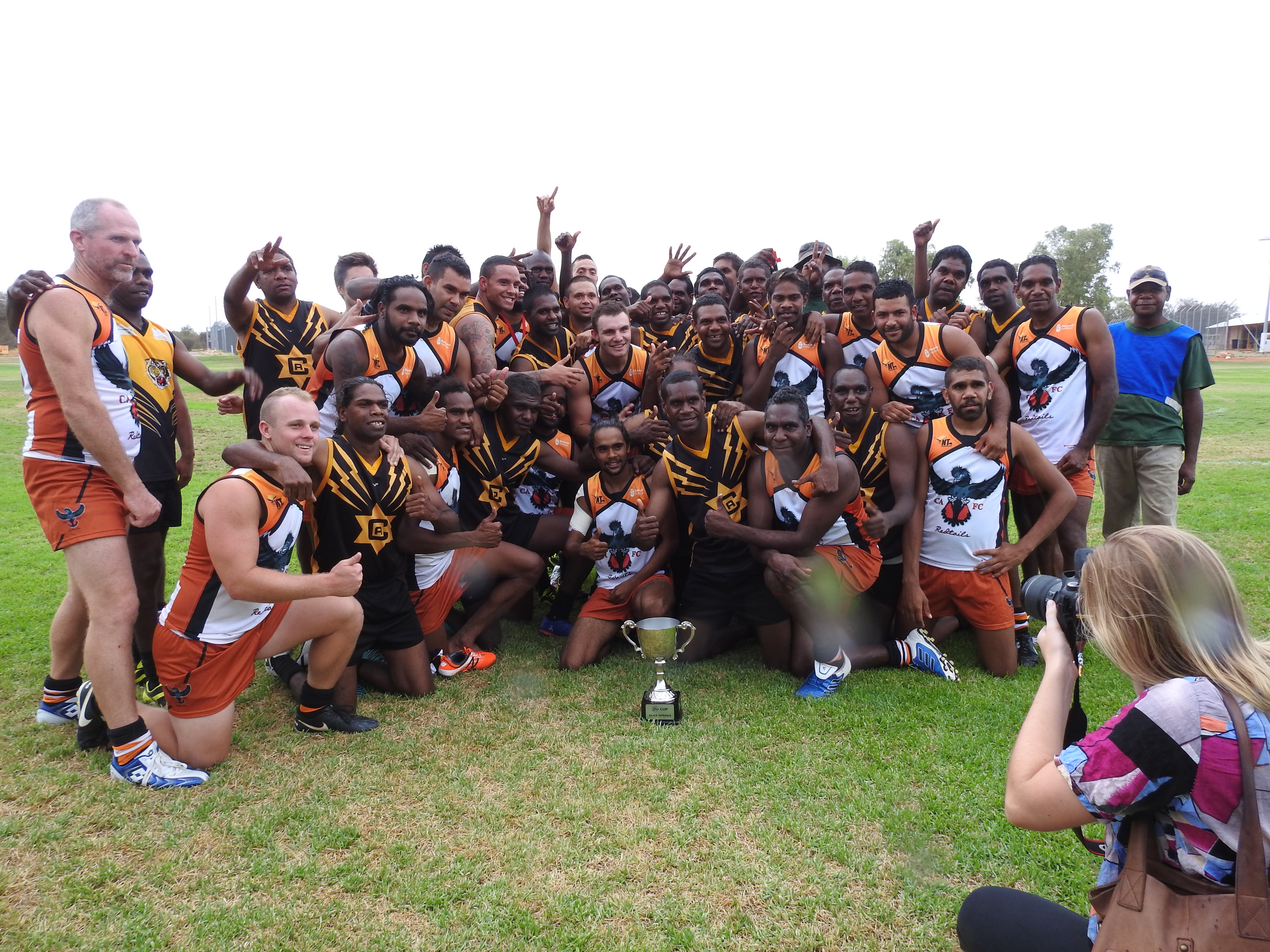