The inaugural game played between Redtails U/18s & Darwin signified the talent both regions produce with in the Territory with 2 games played over the weekend to be used as the identification key for the lead up to the U/18s Championships being held in September.

Players were at their very best not only with skill and efficiency on the field but also with great behavior and attitude off field which we all commend highly. Both games were played at high pace with brilliant passages of play throughout the games which seen the Redtails get up in the first round.

Next day the fellas went through a “Team Culture/Drugs & Alcohol” session with AFLNT Belinda Gallio before departing for some free time at Casuarina.The second game picked up from the first round tempo with both teams having a goal shoot out in the first half of the game. Fatigue was slowly seeping into the team in the 3rd, with the last quarter being dominated by a fresher Darwin side to take out round 2.

Players of highlight with some outstanding attributes as follows: 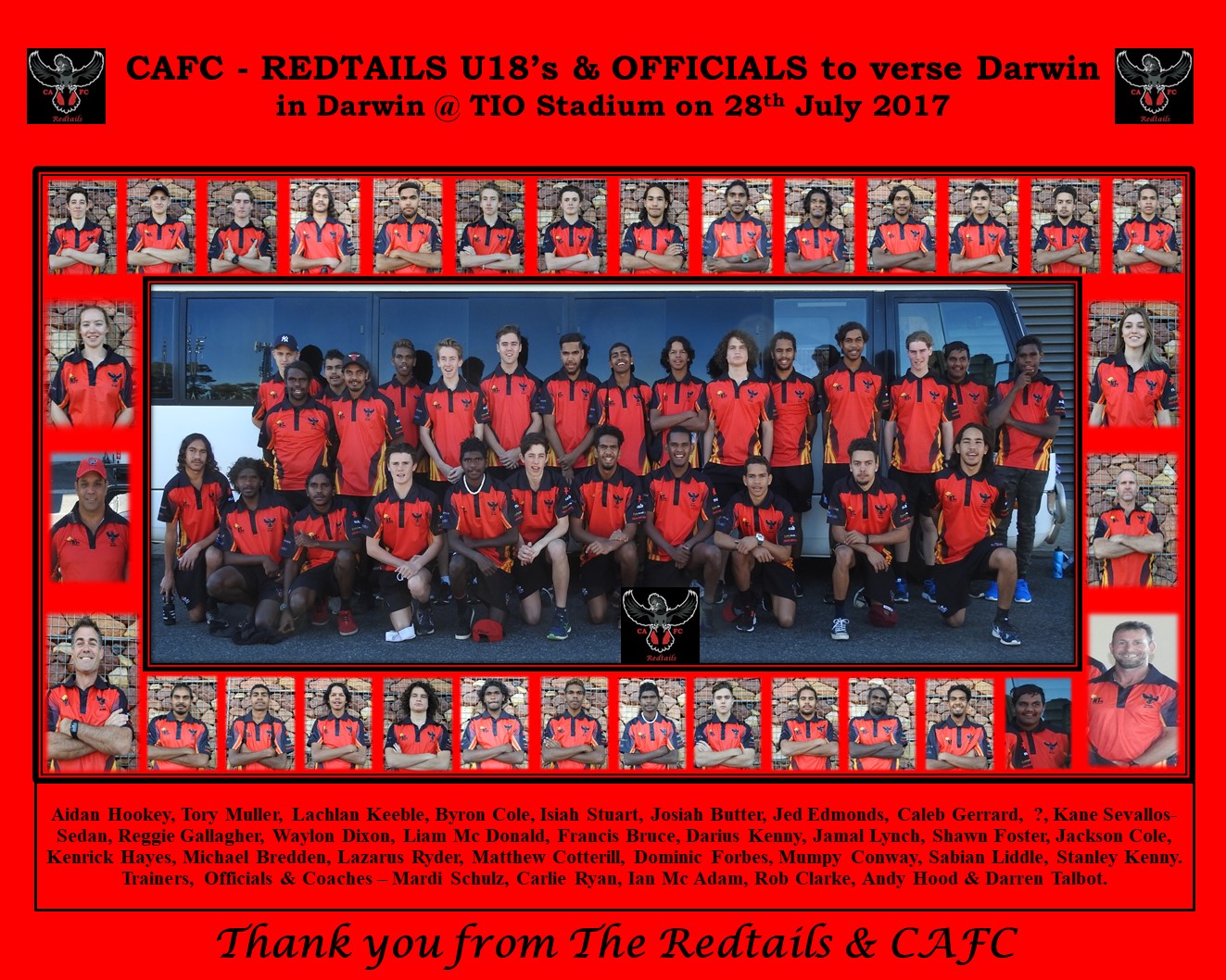